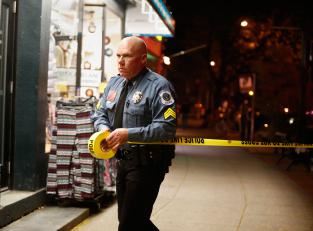 The Easthampton Police Department has several officers on staff that have received specialized training as Evidence/Identification Officers. In addition to their regular patrol or investigative duties, these officers perform departmental functions relating to the documentation, collection and processing and preservation of evidence.

Among the duties and responsibilities of Evidence/Identification Officers, they must:

Evidence/Identification Officers serve an important role in the investigative process, and every case is unique. They must carefully document each scene while being cognizant of relevant physical evidence. Furthermore, their ability to recognize and properly collect physical evidence is crucial not only in solving a crime, but successfully prosecuting the offender(s) as well.