EMERGENCY ALERT Free COVID-19 testing available in Easthampton Read On... No all-night on street parking - November 1st to April 1st between the hours of 1:00am to 6:00am Read On... 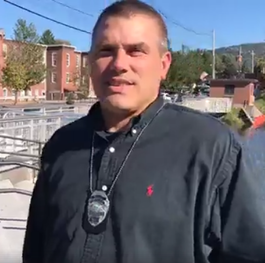 Officer Rick Rogalski is assigned as the School Resource Officer for the City of Easthampton. In that position, Officer Rogalski is responsible for providing security and crime prevention services in all five schools within the Easthampton Public School system.

Officer Rogalski's responsibilities are similar to regular police officers, in that he has the ability to respond to calls for service, to make arrests and to investigate and document incidents that occur within the City of Easthampton.