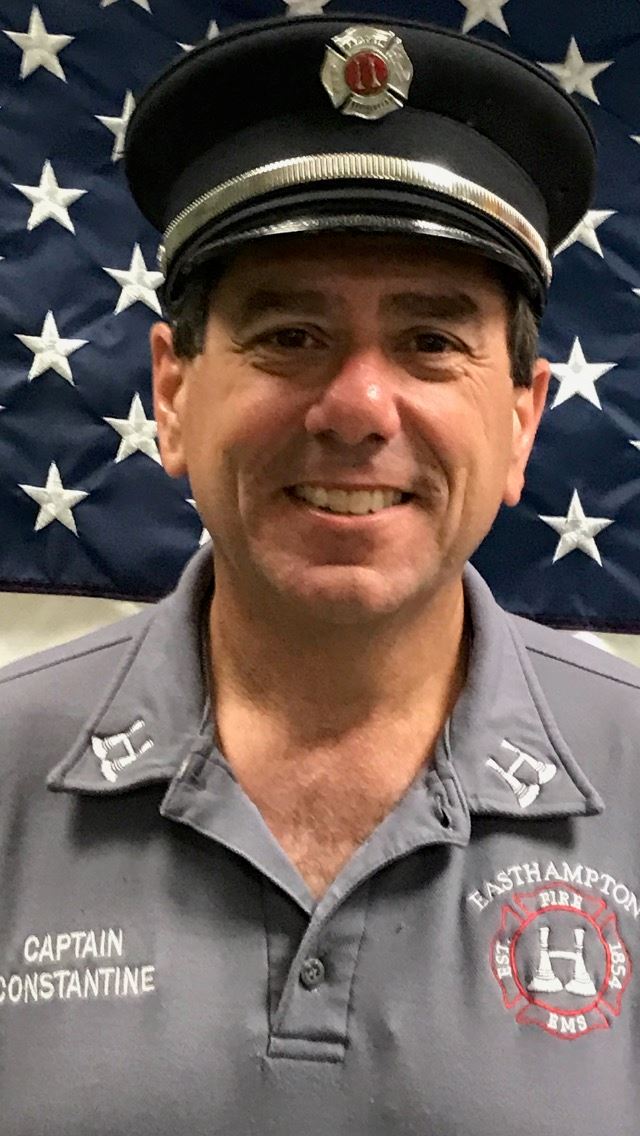 Daniel L. Constantine has been in the fire service since October of 1989. He joined the Easthampton Fire Department in 1996 as a Paramedic/Firefighter. Dan graduated with an Associates in Electronics Technology from New England Institute of Technology in 1990, an Associates in Fire Science from Greenfield Community College in 1999 and completed his Bachelors in Fire Administration from Columbia Southern University in 2020. Dan attended Memorial Hospital’s Program of Paramedicine in 1993 and received his certificate in 1994. Dan holds certifications as a Fire Officer, Fire Prevention Officer (FPO1) and Fire Service Instructor. Over the years Dan has attended multiple week-long programs at the National Fire Academy in Emmitsburg, MD. In 2015 he attended the National Fire Academy’s newly formed Managing Officer Program (MOP) and in 2017 was the first in the state of Massachusetts to earn this designation (MO). In 2007 Dan was promoted to Fire Captain/Paramedic and served as a shift commander until April of 2018 when he assumed the position of Fire Prevention Officer. Dan was also an adjunct faculty member (1998-2007) at Greenfield Colleges Program of Paramedicine for several years, and continues to teach CPR and First Aid to community groups and organizations. Dan is an intermittent federal employee and serves as a Logistics Section Chief of a Federal Disaster Medical Assistance Team (DMAT) MA-2 stationed out of UMass Medical Center in Worcester. He has deployed on several natural and man-made disasters including the World Trade Center Bombing, multiple gulf coast hurricanes, earthquake in Haiti and the most recent mission being COVID-19 support in March of 2020 in California.